The NAI’s objective is to promote arbitration and other types of ADR in general. In 2017 we carried out this goal multiple times, with the NAI administering cases, with the NAI giving a well attended rush hour course, with organising the NAI end-of-year meeting and the organisation of a colloquium together with CEPANI. NAI Young Arbitration Practitioners (NAI Jong Oranje) was especially active in organising equally well-attended meetings.

As was expected beginning 2017, the year 2017 showed an increasing line in the number of cases. Also the number of summary arbitral proceedings has increased.

A total of 101 cases were commenced in 2017. This figure comprises arbitration, binding advice proceedings, mediation and appointments in ad hoc proceedings. 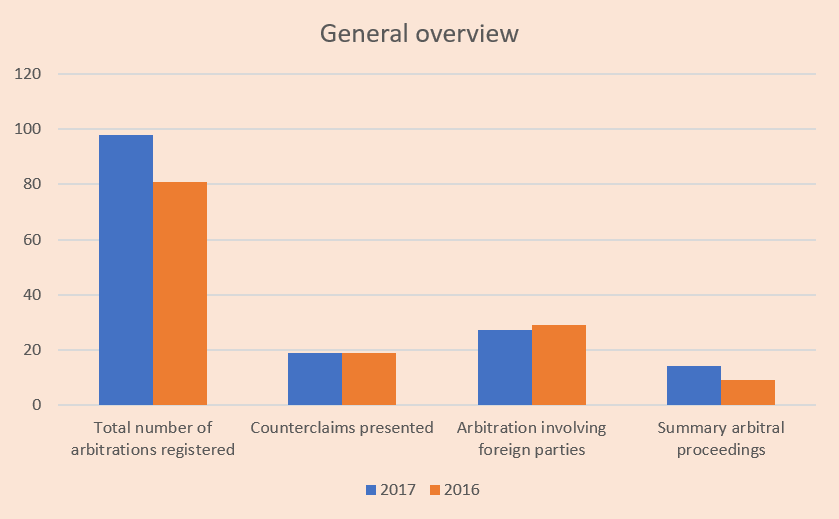 The number of international arbitrations remained almost the same. 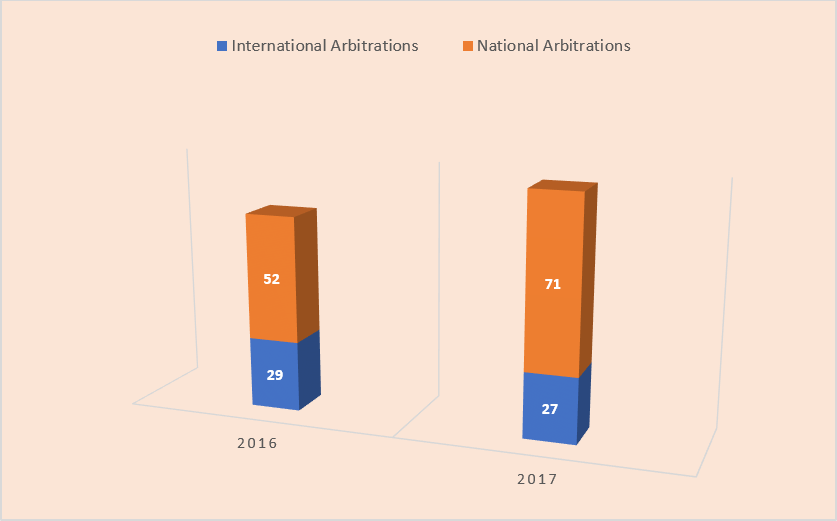 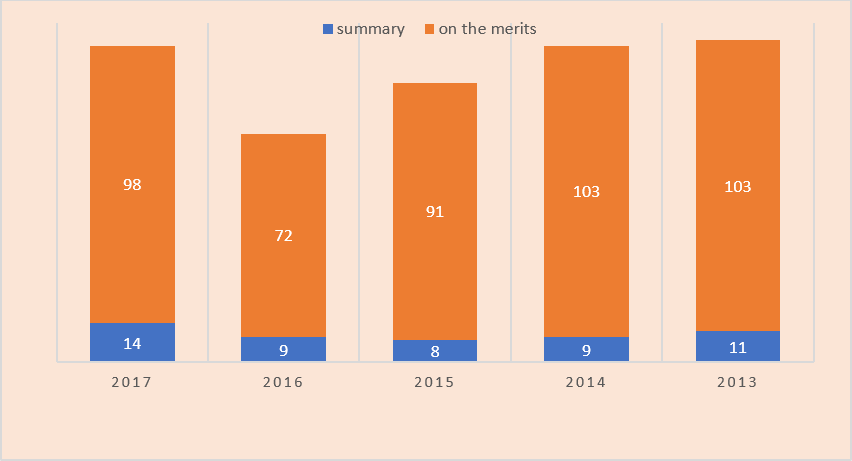 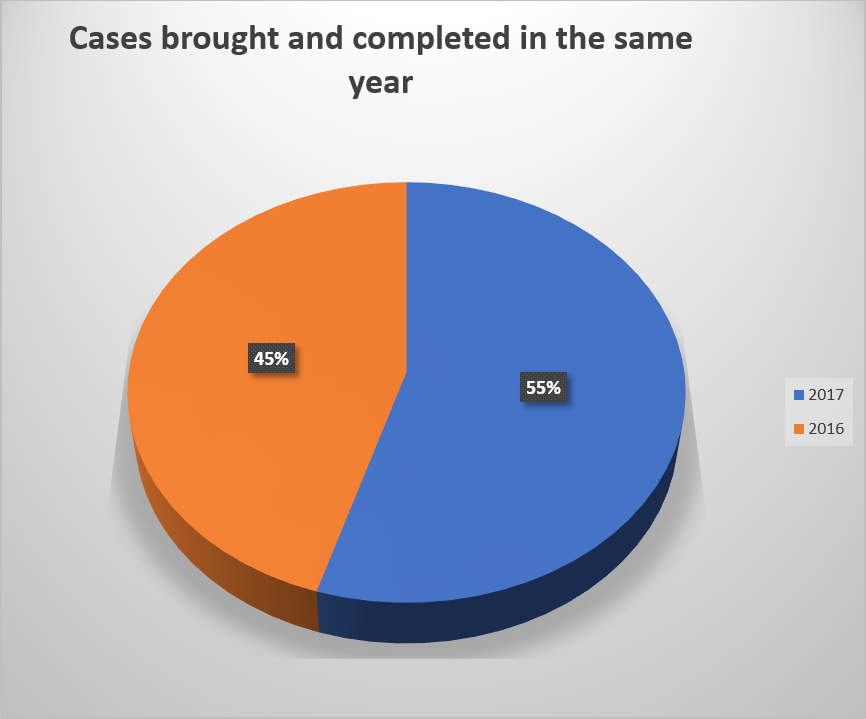 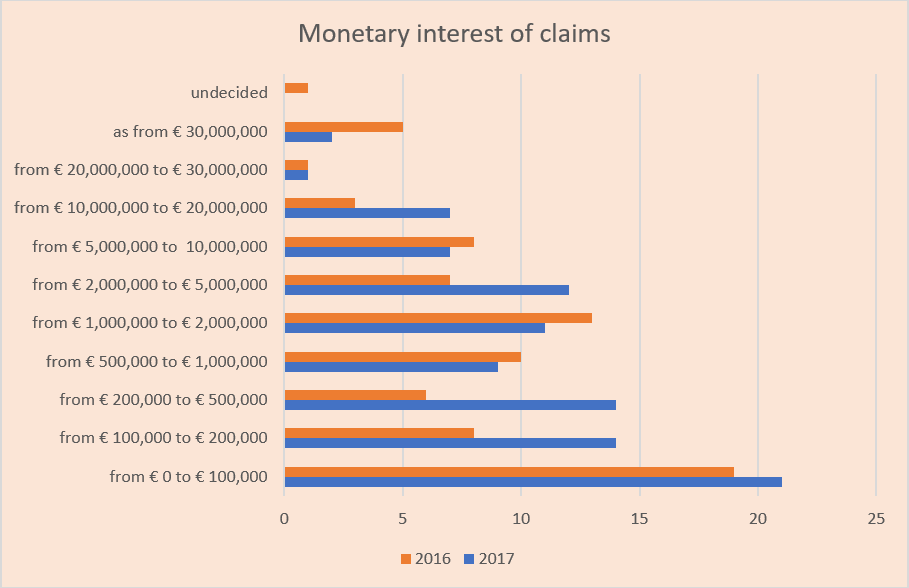 The following diagram shows the types of agreement on which the arbitrations were based: 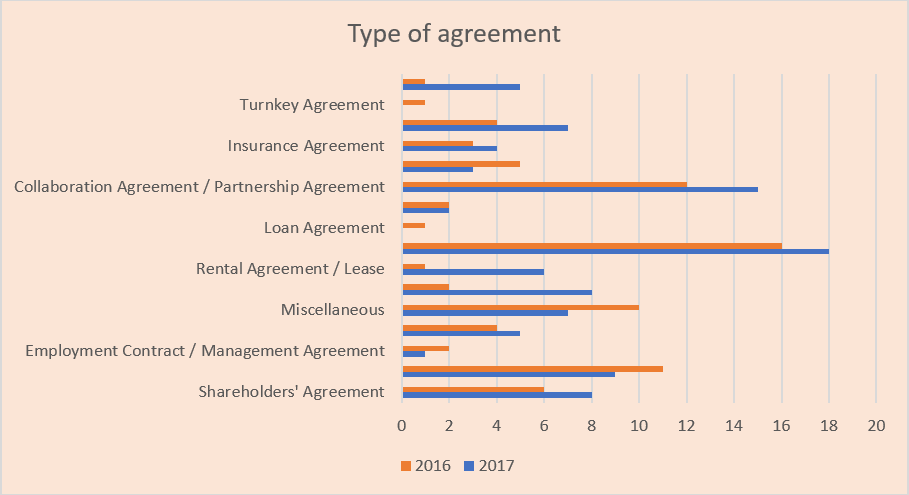